As an American, I am extremely aware that the freedom to pursue dreams has come about in our country as in no other place on earth. It has been hard-earned by many who were and are willing to fight and die for such freedom, and I am so thankful. As a Christian, I am happy to share my faith as well as my art. It is my confidence that because of Jesus Christ, I am truly free and that with Him, all things are possible. Thus the name kyrie.  - CMS

Kyr-i-e (kir'e a') n.A liturgical prayer in the Christian church beginning with or composed of the words "Lord, have mercy." [L Lat. < Gk. Kurie eleeson. Lord have mercy.} 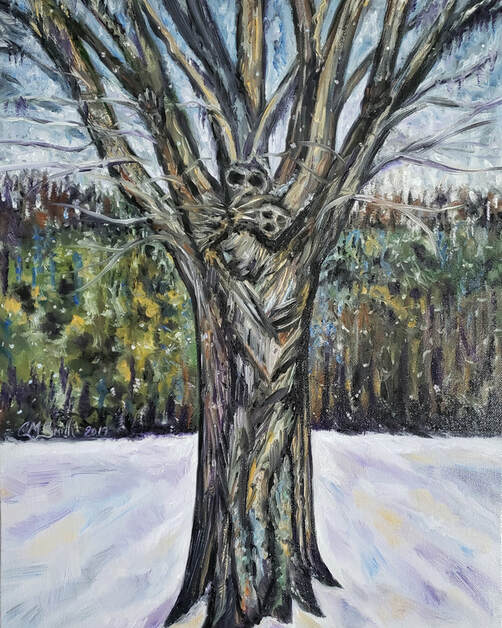 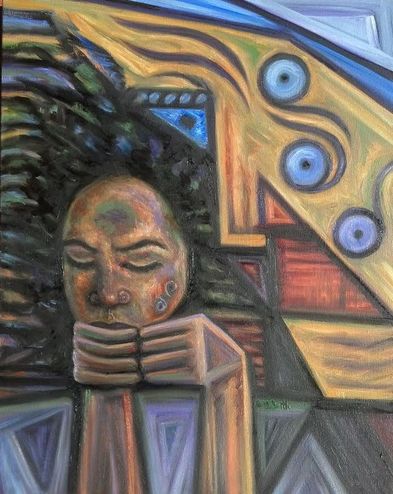 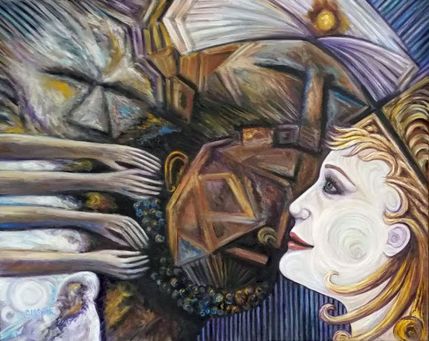 Meeting Jesus (24x30) - $1500.
​
​Abstract/surrealistic depiction of an individual encounter with God, specifically, Jesus Christ: Revelation 22:4 And they shall see his face; and his name shall be in their foreheads. 5 And there shall be no night there; and they need no candle, neither light of the sun; for the Lord God giveth them light; and they shall reign for ever and ever. KJV ​ 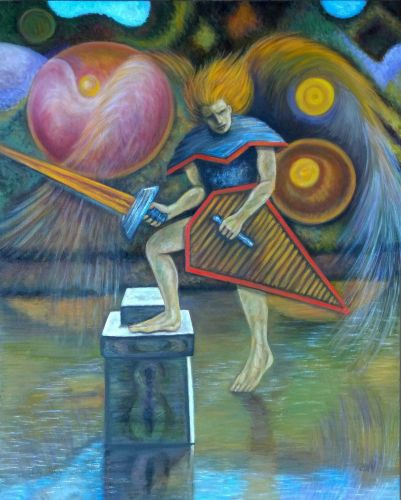 Guardian (24x30) - $800.
​
​My favorite thing about this surrealistic work is that it was painted using a reference photo taken near the Kyrie Gallery in Mahaffey PA...my interpretation of an angel. 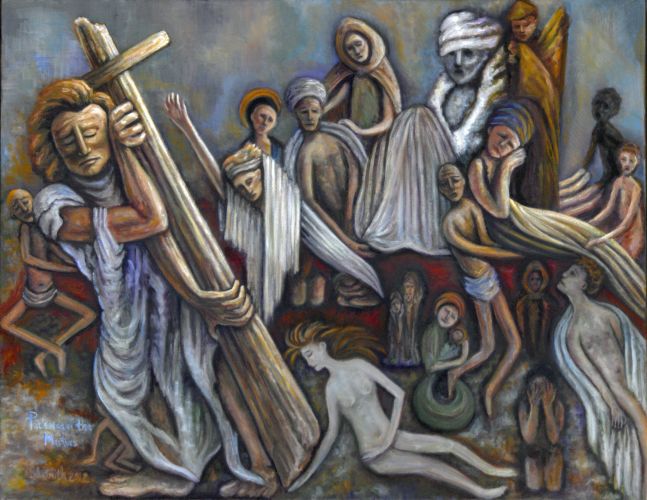 Patience of the Martyrs (24x30) - $1500.
​​(9)When He opened the fifth seal, I saw under the altar the souls of those who had been slain for the word of God and for the testimony which they held. (10)And they cried with a loud voice, saying, "How long, O Lord, holy and true, until You judge and avenge our blood on those who dwell on the earth?" (11)Then a white robe was given to each of them; and it was said to them that they should rest a little while longer, until both the number of their fellow servants and their brethren, who would be killed as they were, was completed. Revelation 6:9-11...NKJ